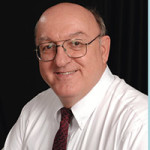 Pastor-teacher Dennis Rokser came to trust the Lord Jesus Christ as Savior at the age of 18 through the faithful witness of some friends. Upon later attending Beacon Bible Church in Aurora, Minnesota, he was spiritually fed and grounded in the Word of God through the expository, grace-oriented bible-teaching of Pastor Leonard A. Radtke. Dennis was further prepared for the ministry by attending Appalachian Bible College in Bradley, West Virginia, along with additional study from Tyndale Theological Seminary. He also has Master of Divinity and Doctor of Ministry degrees from Grace Biblical Seminary. Dennis shares the ministry with his wife, Nancy, and their children, Ian, David, and Sarah.
drokser@duluthbible.org 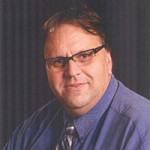 Kurt, a native of Duluth, trusted Christ as his Savior during his college years at the University of MN, Duluth.  After graduating from UMD and getting married to his wife Sarah, he began working with the youth at Duluth Bible as a volunteer on the youth staff.  Some years later he graduated from the Grace Institute of Biblical Studies and became full time staff at DBC as the Youth Director.  Kurt and Sarah have three sons.
kurt.witzig@duluthbible.org 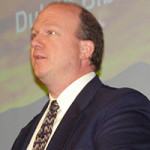 Tom came to trust in the sufficiency of Christ’s saving work alone and received eternal life by God’s grace in 1987. Soon afterwards he attended DBC where he began to grow spiritually and become equipped for ministry primarily through the faithful expository teaching of God’s Word and shepherding ministry of the church’s leadership. From 1999–2011 he served as the pastor-teacher at Word of Grace Bible Church in Milwaukee, WI. Tom is married to Debbie and has three children. He has degrees from Moody Bible Institute, Grace Institute of Biblical Studies, University of Minnesota Duluth, and Grace Biblical Seminary (Th.M., Th.D.).
tom.stegall@duluthbible.org 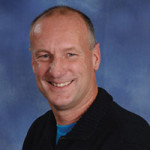 Darrell came to trust the Lord Jesus Christ while attending a home Bible study in Duluth.  He later graduated from the Moody Bible Institute in 1988 and has been attending Duluth Bible Church ever since.  He came on staff in January of 1997 to help with the administrative duties of Duluth Bible Church.  Darrell is married to Valerie (Ahlgren) and they have 2 children.
admin@duluthbible.org 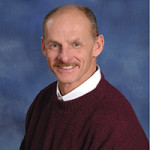 Steve graduated from the University of Wisconsin Superior in 1983 and eventually moved to Duluth in 1986.  In early 1986 Ruth Peterson witnessed to Steve and he was saved by faith alone in Christ alone.  He and Ruth were married in December of 1986 and have 4 children.  They now live in the West Duluth area near Denfeld High School.  Steve has been working at Duluth Bible Church since January of 2004.
steve.desmarais@duluthbible.org